Republic of Moldova Wine and Architecture Tour,
a three-day trip starting in Iasi or Bucharest.

Wines and Architecture of (former Soviet) Republic of Moldova

Day 1
Bucharest -- Iasi -- Chisinau -- Cricova Cellars -- Bulboaca
Early morning,
fly from Bucharest to Iasi (eastern Romania).
Meet your (private) guide/ driver at Iasi airport
(or at your Iasi hotel)
and begin your journey to the Republic of Moldova.

Optional stop:
~ Monastery Capriana, one of Republic of Moldova’s most beautiful monasteries that,
served for many years as headquarters of Moldova’s Ecumenical Patriarch.

Sightseeing in Chisinau - capital of the Republic of Moldova
Chisinau was first documented in 1420,
but most of the city was levelled during the WWII.
In the 1950s the city was rebuilt in Soviet style.
Sights:
~ Chisinau Arc de Triomphe,
~ the 1841 Holy Gates
~ Chisinau central park
~ cottage of Alexander Pushkin,
Did you know?
Russian poet, playwright, and novelist of the Romantic era.
Pushkin lived in Chisinau from 1820 to 1823, during his exile from Moscow.
The cottage displays original furnishings and many of Puskin’s personal items.

Continue to Cricova Cellars,
(aka the "Wine City" or "Kingdom of Wine”)
a huge wine cellar located 250 ft. below the ground.
Since 1957, some of the 75-mile underground natural galleries
below the town of Cricova have been used for wine storage.
A part of Nazi leader’s Herman Goering private wine collection,
taken by the Red Army from Berlin in 1945, is now stored at Cricova cellars.
Wine tasting / lunch (optional) at Cricova.

Travel from Cricova to Castel Mimi (Château Mimi) in Bulboaca,
one of the most spectacular wine-making facilities in Eastern Europe.
Enjoy a relaxing evening / winetasting at Castel Mimi.
Dinner and overnight at Casel Mimi.
The French-style Castel Mimi, built in 1893,
has been named, by Vivino, among the top 15 architectural masterpieces in the world of wine.
Founder Constantin Mimi studied viticulture in France,
at "Institut national d'études supérieures agronomiques de Montpellier".

Did you know?
In 1998, a bottle of "Divin", brandy produced at Kvint Distilery in Tiraspol,
was taken aboard spaceship MIR-26, being the first brandy container to reach the Outer Space.
Tirnauca village (9 km/ 6 miles) south of Tiraspol,
is home to the world's largest bottle-shaped building (93 ft. high).

"Negru de Purcari" is the first wine, produced in the Republic of Moldova,
ever awarded a prize Gold Medal at 1878 Paris World Exhibition.

Day 3
Château Purcari (Republic of Moldova) -- Iasi (Romania)
After breakfast and a relaxing morning at Château Purcari,
travel back to Iasi (or your next destination), via Kaushany - Hincesti.
Optional:
Walking tour of Iasi,
dinner and overnight in Iasi

Did you know?
Over 1.2 million of bottles of wine and several thousand oak barrels
(over 35 million quarts of wine) are stored at Cricova Cellars.
Cricova Wine collection contains over 200 varieties of wine.
The most expensive bottle of wine in collection is valued at over one million US Dollars.
The world's only 'surviving' bottle of “Easter Jerusalem” – red wine, vintage 1902,
is part of Cricova Wine Collection. 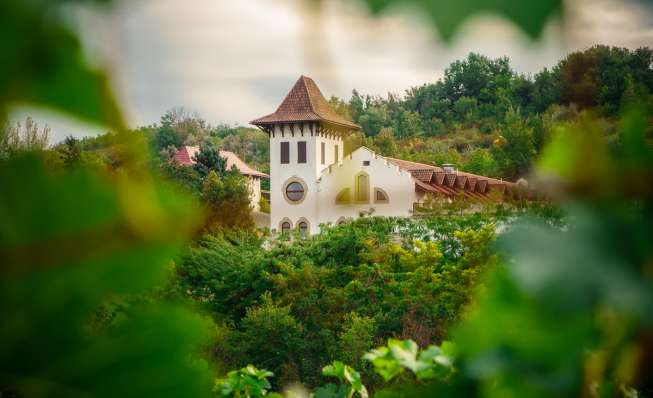 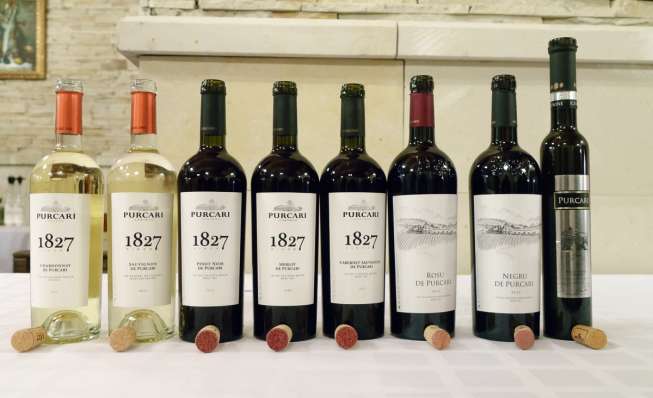 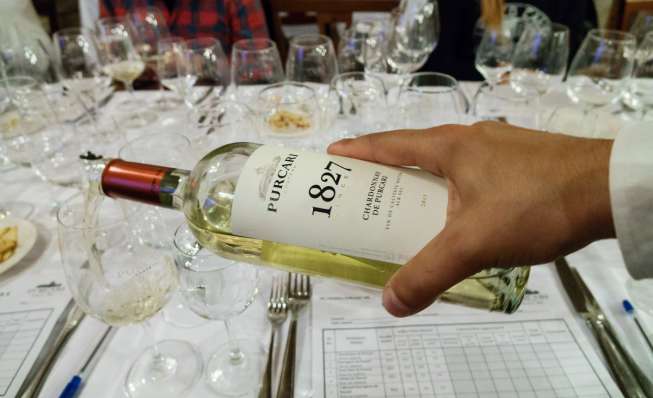 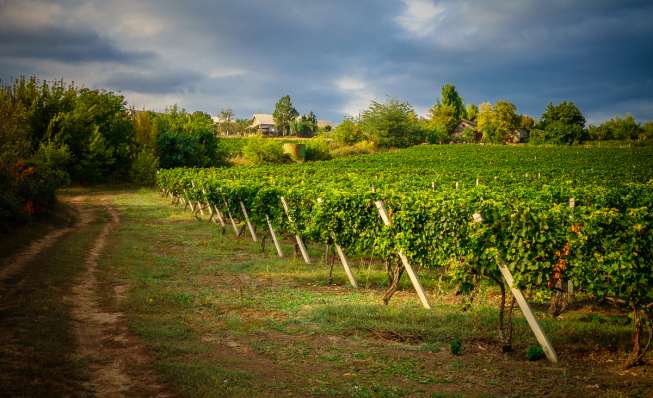 Purcari vineyards
Back to offers